Advanced Rifle Marksmanship Powerpoint talks about a marksman or sharpshooter as a person who is skilled, and qualified in precision shooting, using projectile weapons, like a rifle or as a sniper, a sniper rifle, to shoot at long range targets. 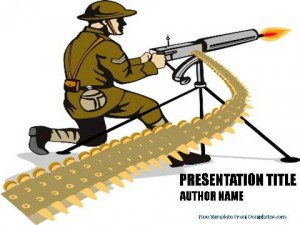 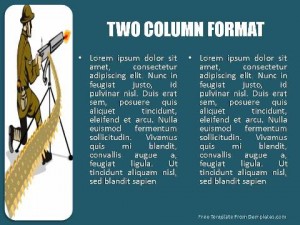 In the military, marksmen are attached to an infantry fire team or squad where they take accurate long-range shots. The main difference between military marksmen and snipers is that marksmen are usually considered an important part of a team of soldiers, whereas snipers tend to work alone or as a two-person team. The free Army PowerPoint template is set against a white background and has the image of a soldier dressed in a camouflage uniform in green and has a rifle and a chain of bullets showcasing his marksmanship. The free powerpoint template can be used by NCC cadets, in defense schools and in the army to portray this skill and teach them the position and techniques of shooting.

Advanced Rifle Marksmanship Powerpoint can be downloaded from below location: