The template talks about Baseball. Baseball is a game most similar to cricket played by two teams (of nine each). It is a bat and ball game where one team bats while the other fields. 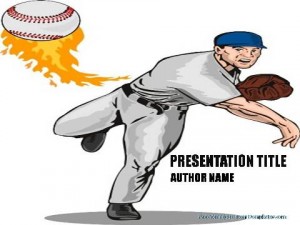 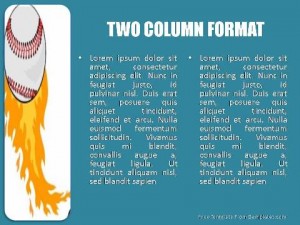 The template talks about Baseball. Baseball is a game most similar to cricket played by two teams (of nine each). It is a bat and ball game where one team bats while the other fields. Again, as in cricket, one team tries to score as many runs as possible while the fielding team’s effort is focused towards preventing that. The origins of baseball or bass ball as it was called then, has been from mid eighteenth century England, evolved out of some older bat and ball games. The first recorded game was played in Surrey. It was brought to the US by the British/Irish immigrants where it evolved both in rules and in importance, until by late 19th century it came to be played as it is in modern days and at the same time becoming the national sports of the US. In modern times the game is played extensively in North America, parts of South America, The Caribbean’s, parts of Europe & East Asia. In the US the Major leagues are professional ones with a lot of money at stake. There are two leagues with 3 divisions each, who play against each other in tournaments. This free Baseball Power Point template is set against a white background with an image of a pitcher. He is shown in action throwing a ball white in color with a fiery shade depicting the speed in which the ball is travelling. This free template can be used in training camps for training with video embedded in template and shown to children about the techniques of baseball, it can also be used by students for projects about the different kind of sports.