The template talks about the phenomenon of global warming, which is defined as a greenhouse effect where there is an increase in the earth’s temperature due to trapping of heat from deforestation, carbon dioxide and fuel emissions from smog and industrial wastes, and burning of fossil fuels. 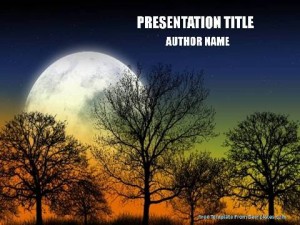 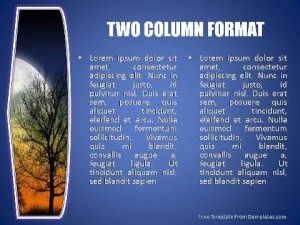 Global warming has resulted in adverse effects on the natural environment such as rise in sea levels, melting of glaciers, storms, droughts, spreading of diseases, extinction of animals, etc. This free nature PowerPoint template has the design of withered and dry trees set against a dark coloured background and the pale moon, representing the effect of global warming on natural environment. The PowerPoint can be used by nature, climate, geography and education websites tracing the history of the phenomenon and how to reduce the effects of global warming. It can be used by scientists and environmental activists during seminars or panel discussions on the environmental hazards due to global warming and the future of the earth if it continues, with tips on how to not contribute to global warming through small actions such as reduced use of Chloro Fluoro Carbon products.

You can do free Nature PowerPoint template download from below location: