It is a field of law consisting of the various acts and procedures that govern members of the military, also known as the armed forces. 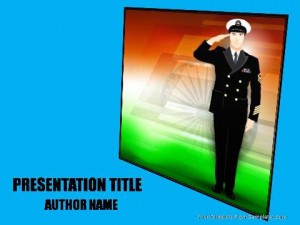 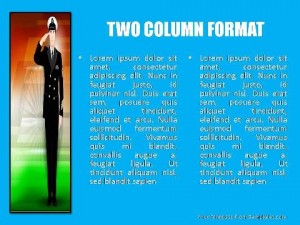 Judicial laws govern this field, and military justice concerns issues that include maintenance of order and discipline, proper conduct by armed forces and their kin and not committing civil offences. India has certain statutory acts governing its military law for three categories of armed forces- the Air Force act, Navy act and Army act, applicable to men and women serving under these fields. The free military law PowerPoint template has a patriotic theme, with the image of a navy officer in uniform in a saluting pose and the tri-colours of the Indian flag behind him. The PowerPoint can be downloaded by military training schools for sessions about law and militia and project work can be assessed through documenting information about various acts in the same template. Online study guides for army students can have the slideshow in its archives with a download link.

You can do free Legal PowerPoint template download from below location: