The template talks about a shooting range which is a facility designed for firearms/ firing practice. Each facility is monitored by supervisory personnel, called a Range Master or Range Safety Officer or a Range Conducting Officer. 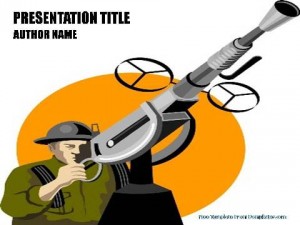 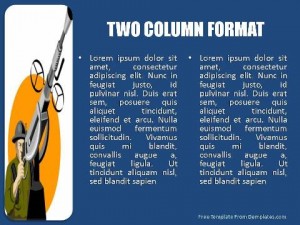 These supervisory personnel are responsible for following and monitoring safety measures at all times. Shooting ranges can be indoor or outdoor. The different types of firearms that are by and large used are for e.g. handguns or rifles, or they can specialize in certain shooting sports such as Skeet shooting or 10 m Air Pistol/Rifle. Skeet shooting is a recreational and competitive activity where participants, using shotguns, attempt to break clay disks flung into the air from two fixed stations at high speed from a variety of angles. There are several types of skeet, including one with Olympic status and many with only national recognition. The free Army PowerPoint template is set against a white background and features a man who could be a Range Safety Officer and set behind him is a yellow spherical disc which could be the clay disk used for skeet shooting. The template features the range master shooting the clay discs through the machine into the air and monitoring through the eye piece. The template can be used online in websites hosting skeet shooting competitions; it can be used in websites about the different shooting ranges, information regarding the registration and membership.

You can do free Army PowerPoint template download from below location: