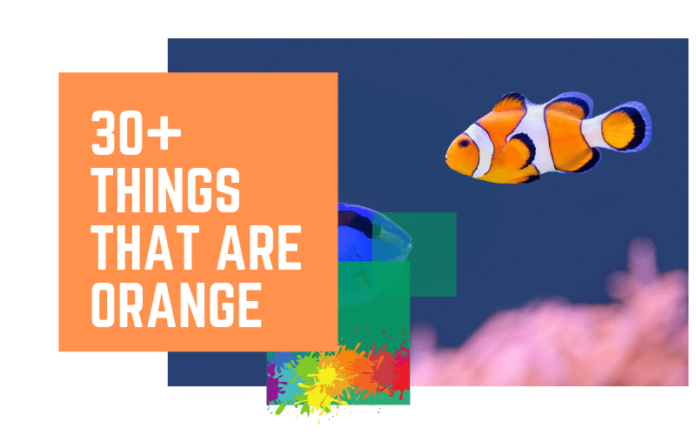 This article provides collection of things that are orange in color. The color orange stands for enthusiasm, creativity, and encouragement. Whenever we think about the orange color, the first thing or rather things that pop into our mind are traffic cones, life vests and of course, oranges. However, the bright color is very much around in nature i.e. in naturally made living and non-living things.

Nemo is probably one of the most famous things that are orange. However, as kids get younger and we get older, the movie may not remain as popular as it once was! I remember watching this with my kids during the late 2000s, what an amazing film.

There are millions of orange things in the world, from Nemo (a clownfish) to construction cones. The opportunities to help kids associate things with the color orange are endless. 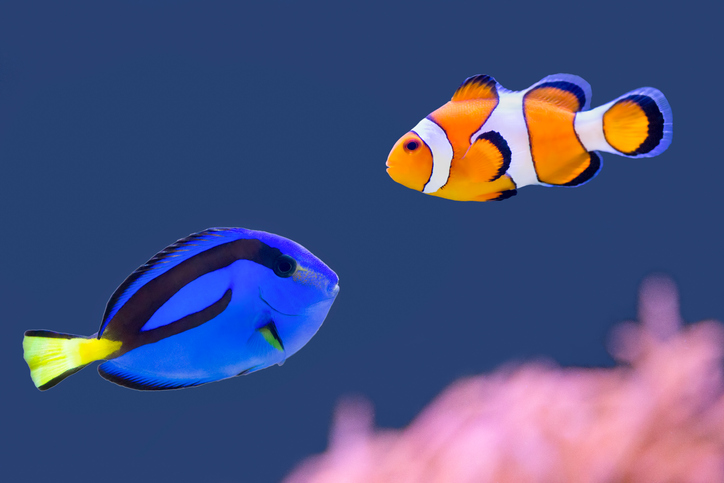 Let us explore the things that are orange in color in nature. 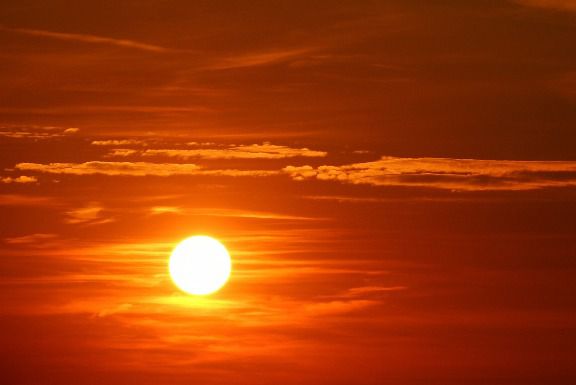 Whenever you will see the sun in the morning or during sunset, it appears orange. The giant fireball around which our planet earth revolves is perhaps the largest naturally made orange thing known to us. However, according to scientists, this happens because of scattering of sun rays while passing through the earth’s atmosphere.  If you look at the sun from the space, the sun will indeed appear white in color. 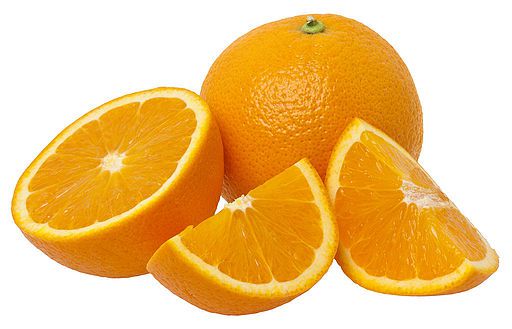 This is a delicious citrus fruit in perfect round shape. It is extremely nutritious and juicy. As a good source of vitamin C, millions of people love to consume the fruit, particularly its juice. The fruit is also used in manufacturing perfumes, wood conditioners and cleaning agents. Orange fruit is found in many varieties across the world of which, some of the popular ones are Valencia orange, navel orange, Persian orange, etc. The fruit is widely grown in India, Brazil, Southern China, Spain, Mexico, and the United States of America. 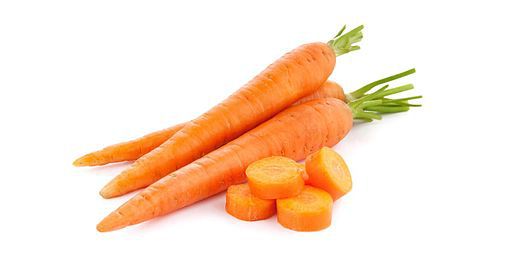 As a popular root vegetable, carrots are available in both red and orange color. It appears orange because of the presence of the pigment –Beta-carotene. Meanwhile, the root offers many health benefits like improved night vision, prevention of the lung, colon and breast cancer, slowing down the aging of cells, and promoting a healthier skin. 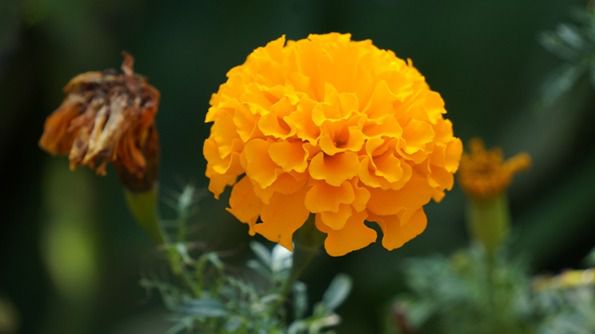 This lovely looking flower is a compact flower that has its great significance in Indian wedding rituals and decorations. People offer the demure flower to the Gods and Goddesses in the Indian sub-continent. It is grown in abundance as a garden flower. It is familiar to humanity since ancient times. At that time, it was used for adding color in food and for its anti-inflammatory properties. Today, the flower is used in making ointments, tea, and many other purposes. 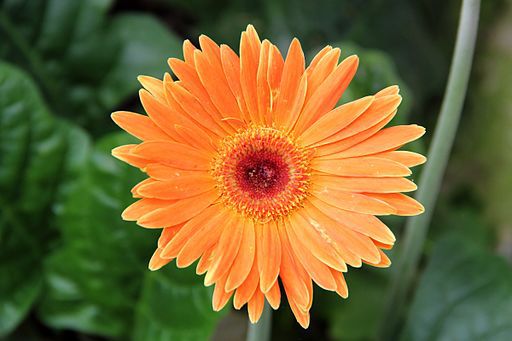 Native to South Africa, the beautiful orange flower is also available in other attractive colors. An ornamental flower, it belongs to the daisy family. Apart from used by florists all over the world, the flower is used in alternative medicine and the cosmetic industry. It is one among the beautiful flowers that are orange. 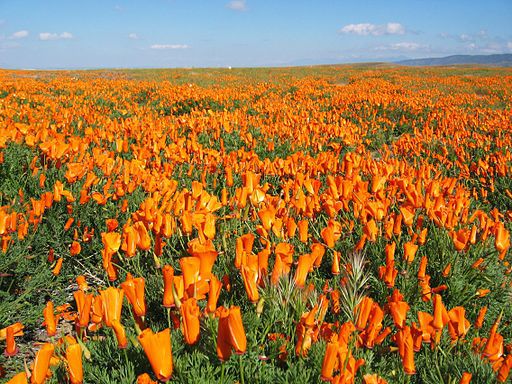 The beautiful ornamental flower originates in the United States of America or Mexico. As the name suggests, it is also the state flower of California.  Known as Golden poppy, the flowering plant offers some health benefits too. 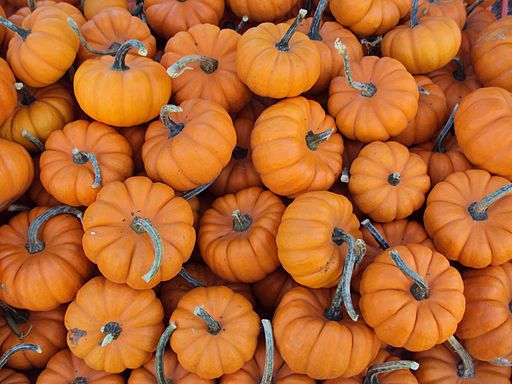 Mostly associated with Halloween, the big nutritious fruit is deep orange in its color. It is a good source of vitamin A, Vitamin C, and magnesium. The fruit is widely used to prepare delicious cakes, cookies, muffins and other edible items. Pumpkin got its name from the Greek word ‘Pepon’ that means a large melon. However, it is a popular belief that the fruit has its origin in America. 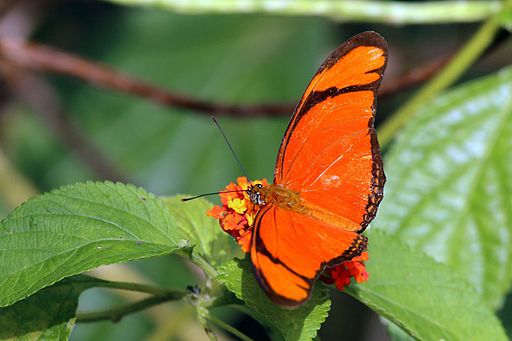 The beautiful butterfly is native to Brazil. One can spot the butterfly in Texas and Florida too. It has more than a dozen of subspecies and lives on the nectar of some flowers like Lantana and Shepherd’s Needle. 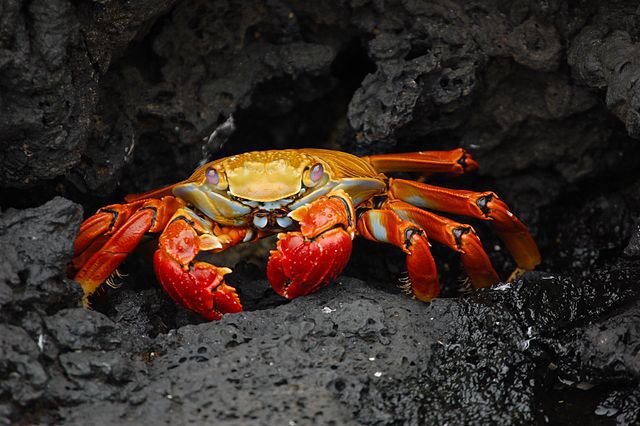 This is a deep intense orange colored spider found in varied sizes. A bit aggressive, the spider is a nocturnal one. It is found in Tanzania, Kenya, and other regions of Eastern Africa. The spider is carnivorous and requires adequate humidity to have a healthy life. 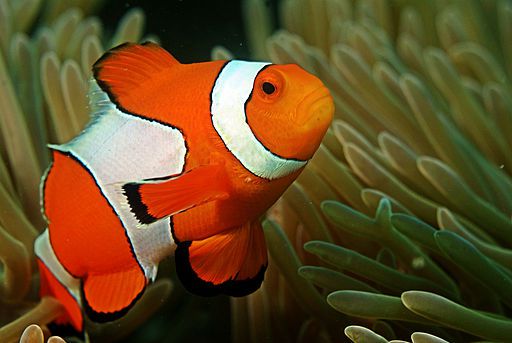 This is a small marine fish that prefers to live near coral reefs in warm water. It has over two dozen species and has white stripes on its orange colored body. The aggressive fish has a lower survival rate in aquariums if kept for long. 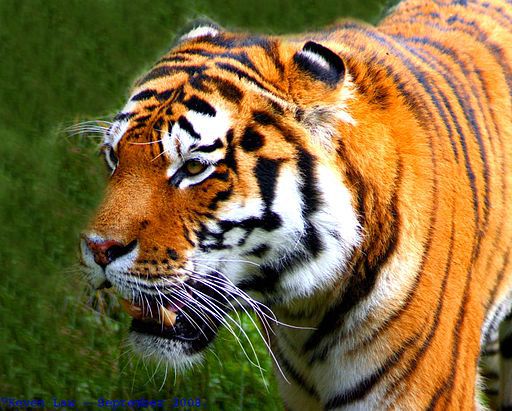 Recognized as the biggest cat on the earth, a tiger is a majestic animal with black stripes on its orange body. Tiger loves to eat large animals like deer and wild boars. Today, due to poaching, the tiger has become an endangered species.   Tiger is also the national animal of India. 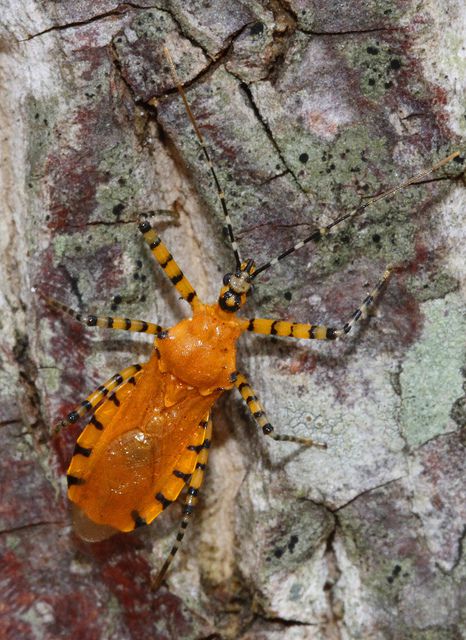 As the name suggest, this bug is a clever hunter and is quite lethal. It injects digestive juices into its prey and once it becomes liquid, sucks it completely. It is found all over the world in innumerable species. However, the most diverse kinds of this bug are in the Amazon rain forest. 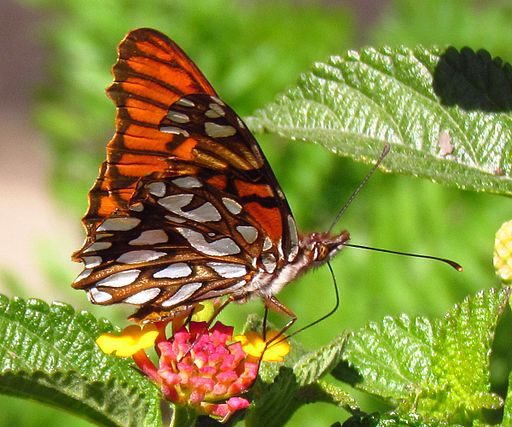 Also known as, Dione Moneta, this beautiful and bright butterfly is a native to the United States of America. It has black stripes all over on its orange colored wings that span from 2.5inches to 3.2 inches. 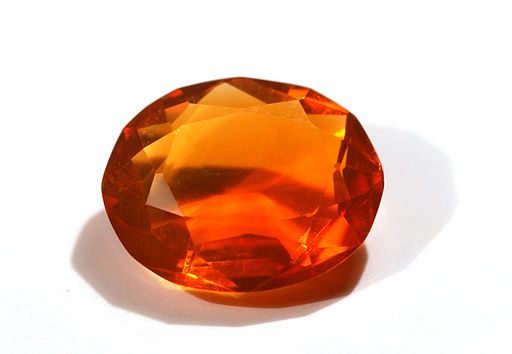 The relatively new gemstone has its wide presence in Mexico. It is called ‘fire opal’ due to its color that has a fiery combination of yellow and red. It is a belief that the gemstone has some mystic powers and is beneficial for healing some body organs like kidney and lower back. The most prized fire opal gemstones often are transparent. However, the gemstone is a fragile one and has high water content. 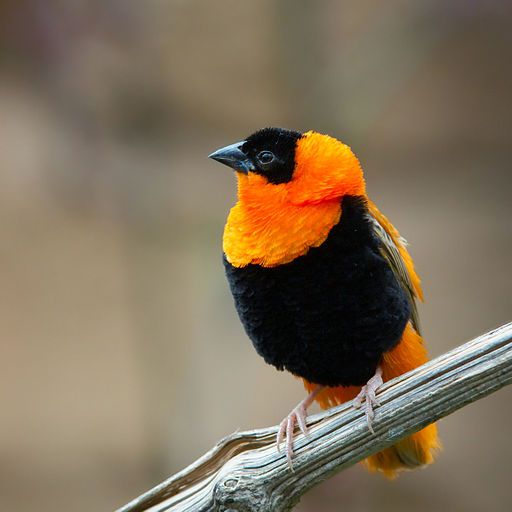 The small weaverbird found in grasslands in Africa near the equator has a black belly and a black crown. Its scientific name is Euplectes franciscanus. 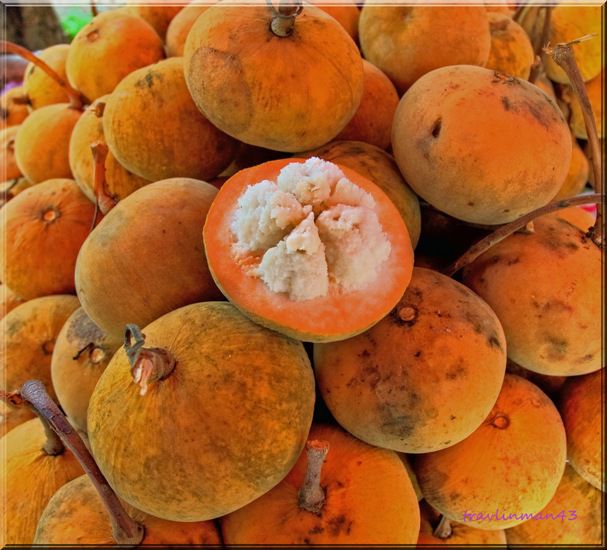 This is a healthy tropical fruit found in abundance in the Southeast Asian countries. It is known by various names such as Visayan, jolly fruit, etc. It has a hard exterior and a soft interior. 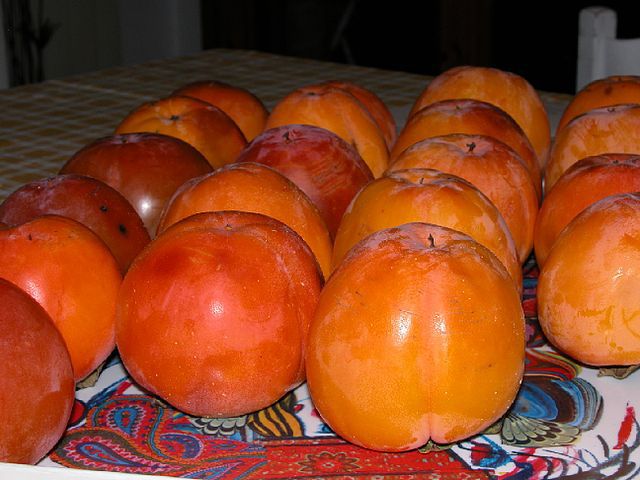 This is also a small fruit known popularly as Velvet apples. It is not cultivated commercially and has a distinct taste. It is a good source of vitamin C, calcium, and some other minerals. However, it has a pungent smell due to its velvety skin due to which is not very popular. 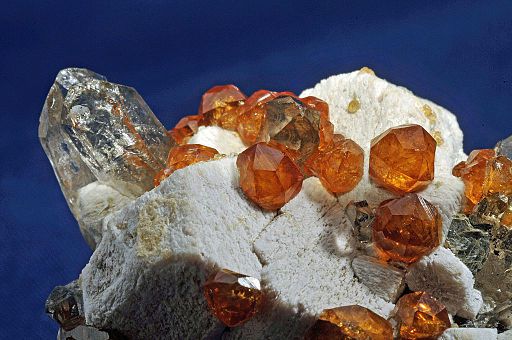 This is an awesome gemstone used in jewelry like rings, pendants, etc. It was first discovered in a mine in Namibia. It has a good brilliance for which it is now a precious gemstone. 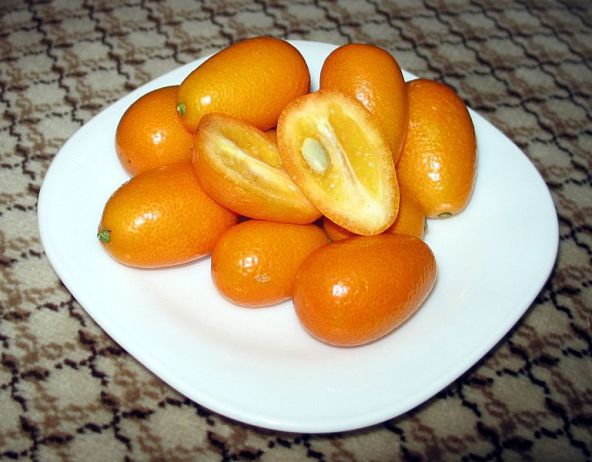 The small sized fruit is a delicious one. It is a rich source of dietary fiber and vitamin C. It is completely edible inclusive of its skin. The fruit is found in plenty in India and the Southeast Asian countries. It finds its use in preparation of chutney, cheesecake, marmalade, and pickles. 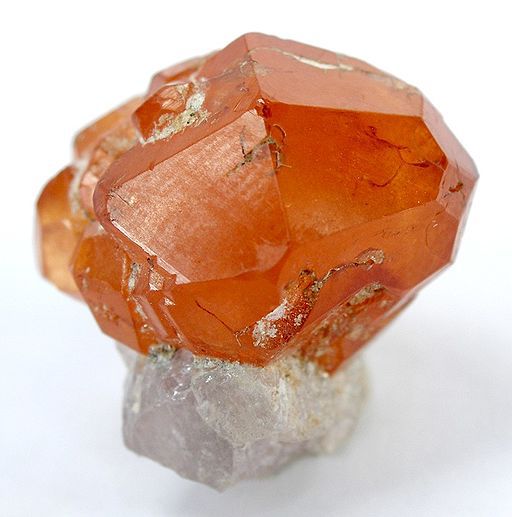 Belonging to the Garnet mineral group, this semi-precious gemstone was very popular among the Greeks and Romans during the ancient times. In Indian astrology, it is a significant stone named ‘Gomed’. It is a belief that the stone has some healing properties.

Other lists of colorful things 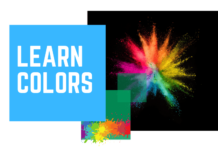 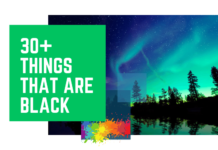 Black Things + Things That Are Black for Kids Learning Colors 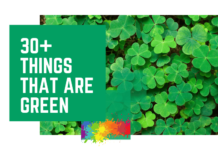 Green Things + Things That Are Green for Kids Learning Colors